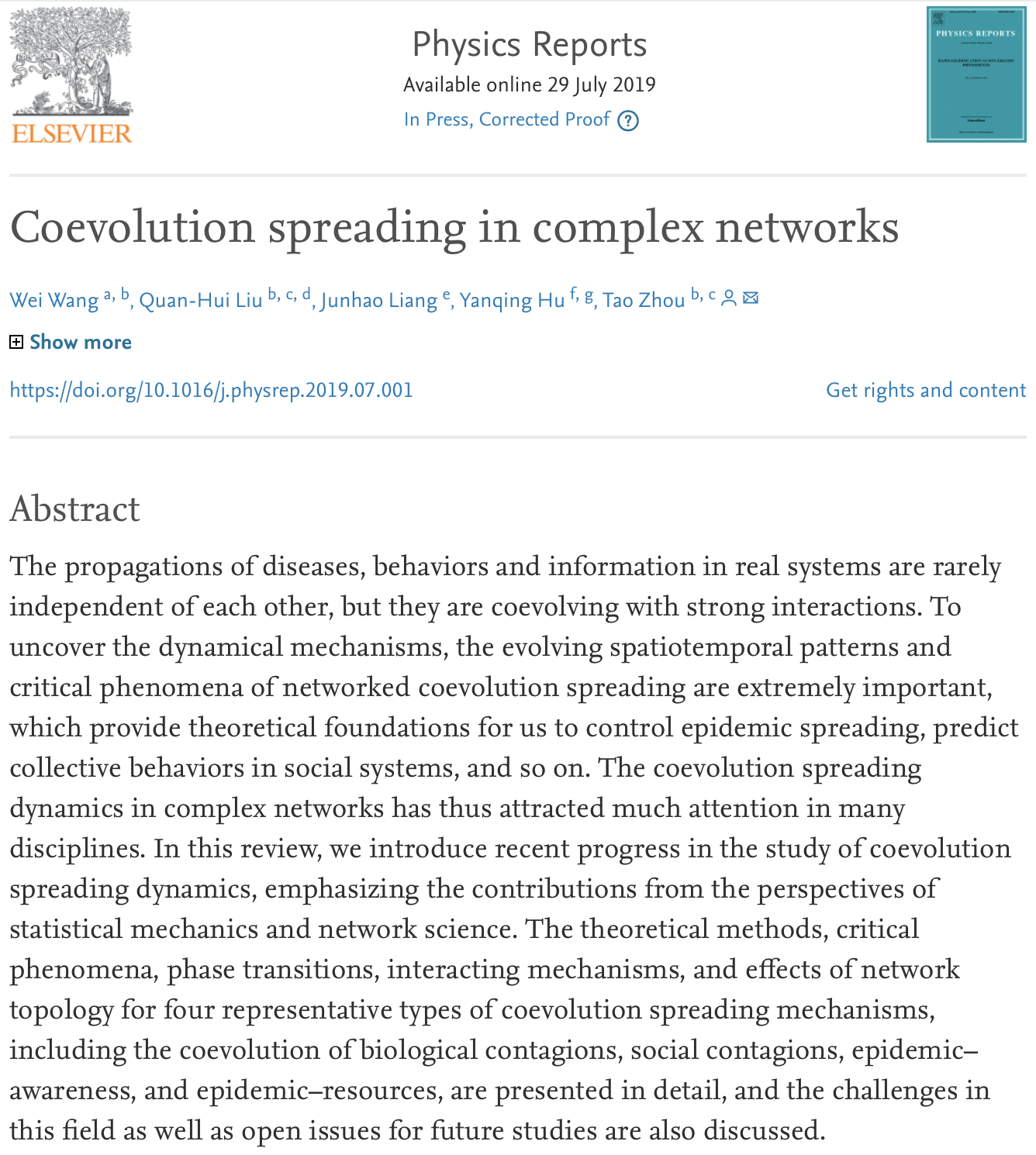 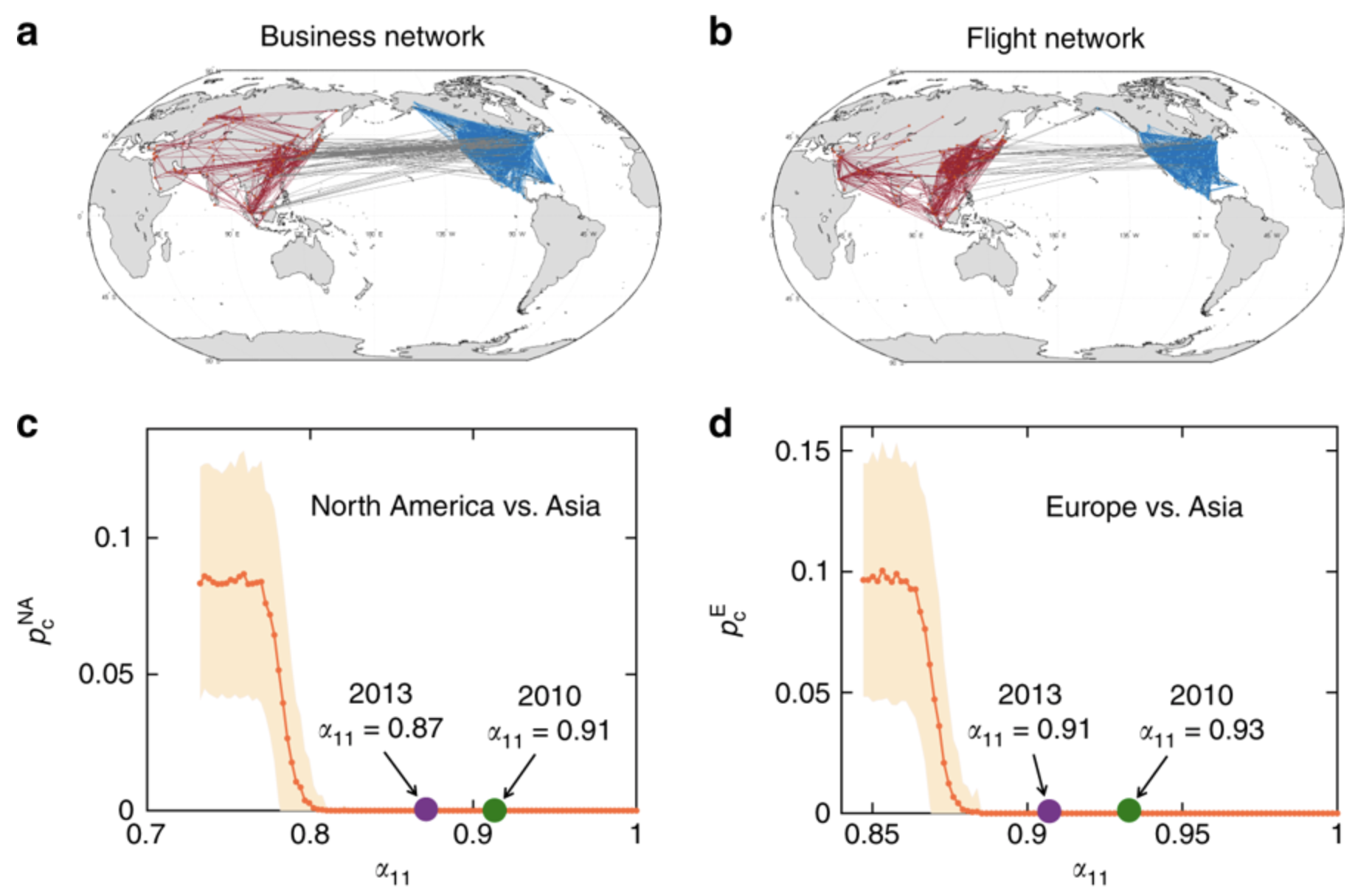 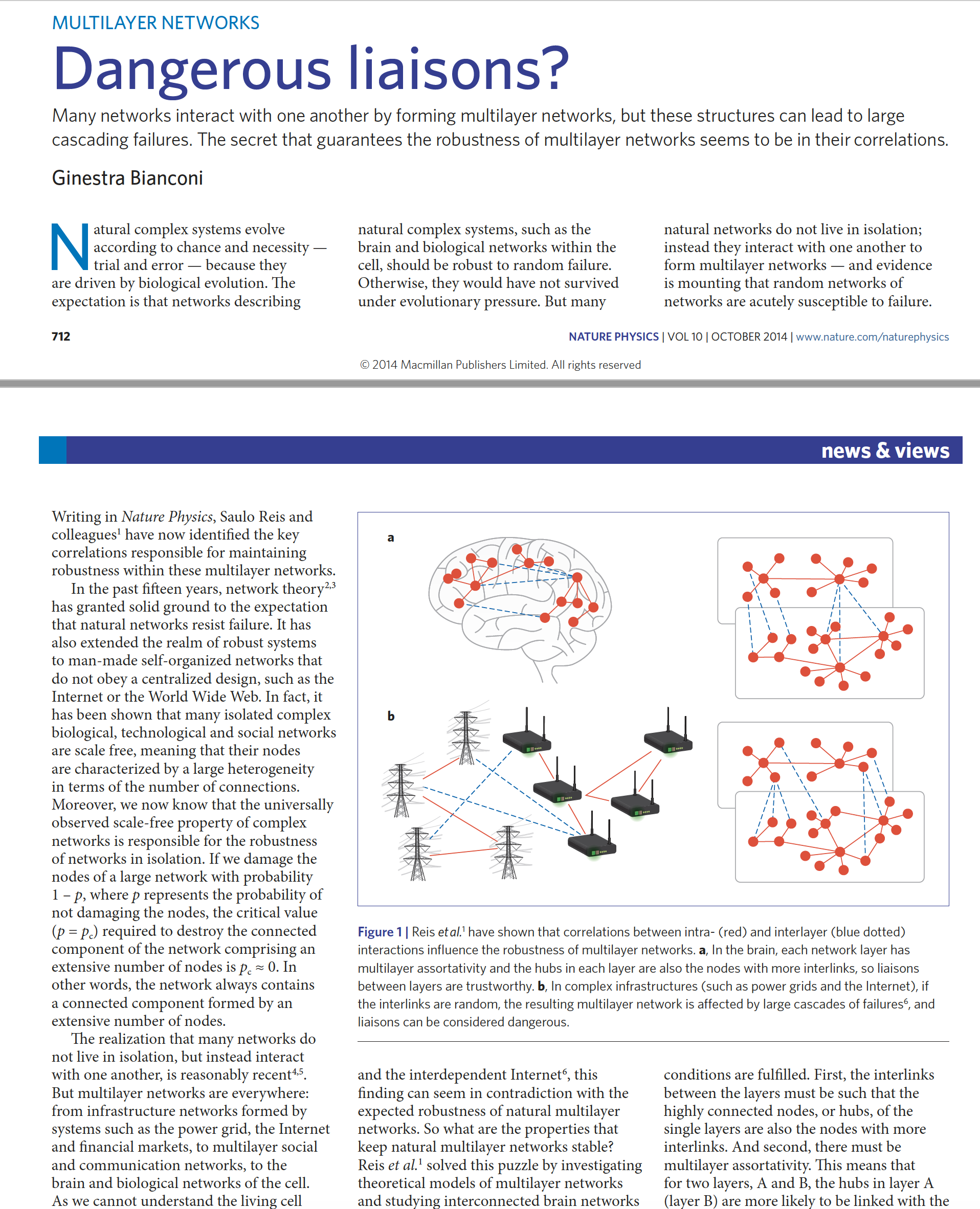 2014年9月14，我们关于多层网络结构稳定性的研究工作，《Avoiding catastrophic failure in correlated networks of networks》发表在《Nature Physics》上，并被推荐到封面。摘要：Networks in nature do not act in isolation, but instead exchange information and depend on one another to function properly1–3 . Theory has shown that connecting random networks may very easily result in abrupt failures3–6. This finding reveals an intriguing paradox7,8: if natural systems organize in intercon- nected networks, how can they be so stable? Here we provide a solution to this conundrum, showing that the stability of a system of networks relies on the relation between the internal structure of a network and its pattern of connections to other networks. Specifically, we demonstrate that if interconnections are provided by network hubs, and the connections between networks are moderately convergent, the system of networks is stable and robust to failure. We test this theoretical prediction on two independent experiments of functional brain networks (in task and resting states), which show that brain networks are connected with a topology that maximizes stability according to the theory. 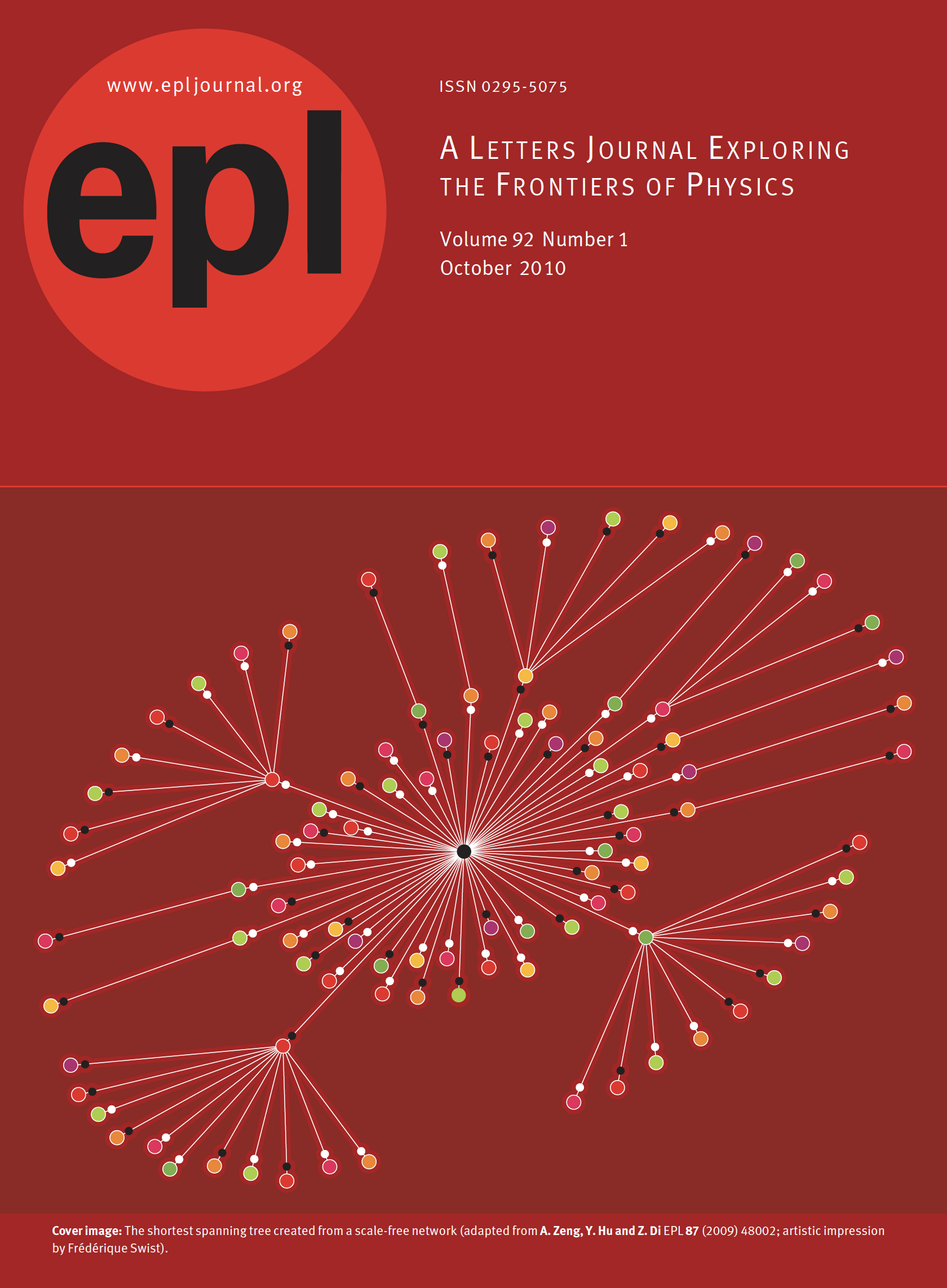